2nd “Hoops from the Heart” event a success! 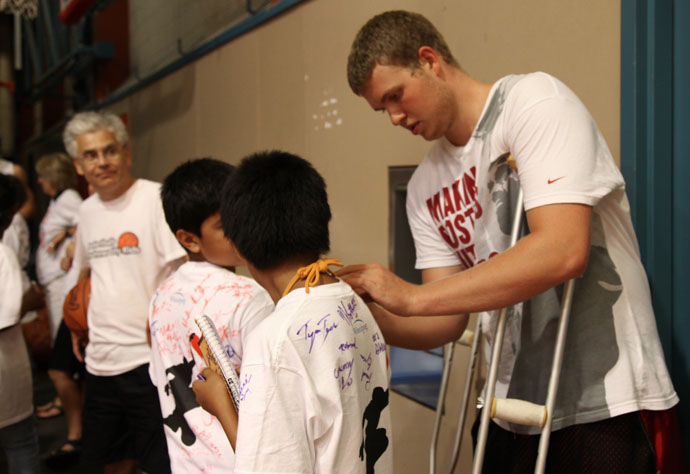 The University of Winnipeg’s Duckworth Centre was the site of this year’s “Hoops From the Heart” event, featuring the best in University and College basketball in Manitoba, on August 11, 2010.

Approximately 100 inner city youth received t-shirts, hot dogs and drinks, as well as signed basketballs from each of the players who were featured in the games. Many of the kids in attendance mugged for pictures, and asked the players for their autographs, before, after, and even during the games.

Between games, a letter was read to the crowd from Mayor Sam Katz.“I would like to commend all those involved for their hard work and passion. Our City has a reputation as one of the most caring in the nation; Winnipeggers step up to the plate to assist those who need our support. The efforts of the volunteers and organizers are sincerely appreciated and are what help to make Winnipeg a great place to live”. Drs. Pawan Singal and Grant Pierce were on hand to personally thank all in attendance.

The funds raised from game sponsors (and a nominal gate fee) will support ground breaking heart research at St. Boniface Hospital, Manitoba’s centre for research into the treatment and prevention of heart disease, as well as the Basketballs for Inner City Youth Project.