Collaboration with Israel’s Ben-Gurion University of the Negev launched 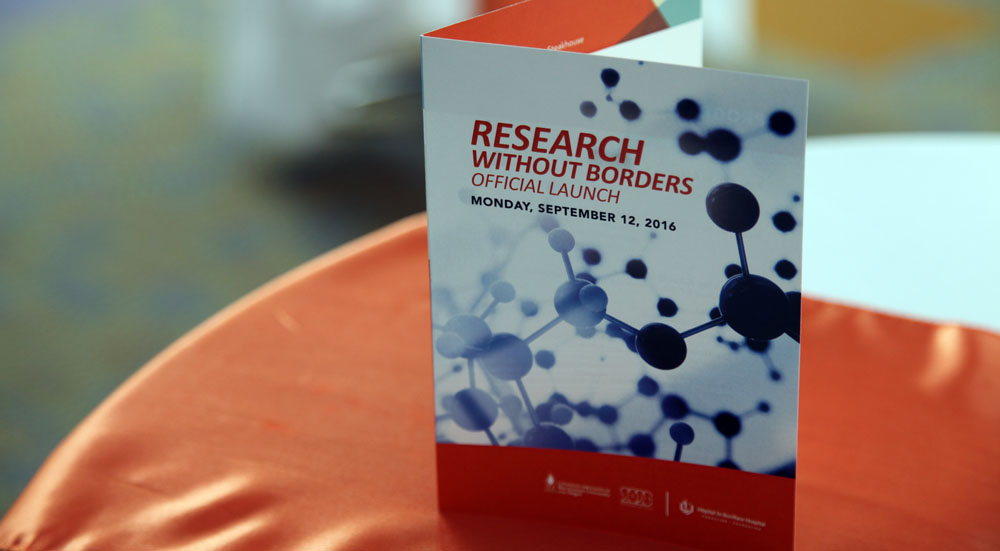 St. Boniface Hospital Research has officially launched a partnership and research collaboration, Research Without Borders, with Ben-Gurion University of the Negev.

“Our researchers are working towards the same end goal – to change the face of health care as we know it, and to overcome today’s most debilitating diseases and conditions,” said Executive Director of Research Dr. Grant Pierce. Professor Rivka Carmi, President of Ben-Gurion University of the Negev, added “How thrilling to be part of this unique scientific partnership. As our sages have said, ‘this can be a light unto the nations’ meaning that this should be a shining example of cooperation between two institutions – one whose roots are based in Catholicism and the other in Judaism”.

“With a thriving and active Jewish community in Winnipeg, and a distinct link to our heritage at St. Boniface Hospital, we would like to bring our communities together to support collaborative research initiatives, and have identified several areas of commonality,” said Chuck LaFlèche, President & CEO, St. Boniface Hospital Foundation. Mark Mendelson, CEO, Canadian Associates of Ben-Gurion University of the Negev added “I am pleased to be able to work with my new partner on this project, and move forward in our fundraising endeavours.”

The Research Without Borders fundraising campaign will officially commence October 16th, 2016, with a fundraising goal of $10 million – the funds will be divided between each institution and will focus on collaborative research efforts that span across oceans.

About Ben-Gurion University of the Negev:

The only Israeli university created by government mandate, Ben-Gurion University of the Negev (BGU) was founded in 1969 with a mission to transcend the boundaries of academia and create a new model of education and research that would have a direct impact on people’s lives. Today, BGU has succeeded beyond expectations with five campuses, building an academic institution that is deeply rooted in the community, while achieving international recognition for its inspired scholarship and thought-leading research.