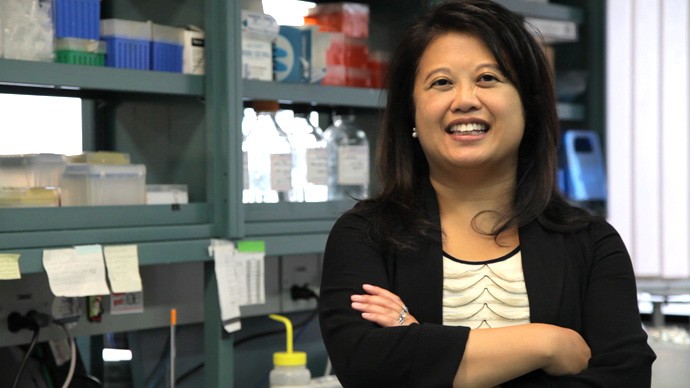 I am pleased to announce the appointment of Dr. Hope Anderson as Acting Associate Dean in the Faculty of Graduate Studies effective February 1, 2017.

Dr. Anderson earned her B.Sc. (Microbiology; 1992) and Ph.D. (Pharmacology and Therapeutics; 1997) from the University of Manitoba. She then pursued post-doctoral training at the Clinical Research Institute of Montreal (1997-1999) and the University of California, San Francisco (1999-2003). In 2003, Dr. Anderson returned to the University of Manitoba with a CIHR Centennial/Senior Fellowship to begin her faculty appointment in Pharmacy (with a subsequent cross-appointment in the Department of Pharmacology and Therapeutics). She continued to launch her independent career by receiving a CIHR New Investigator Award, followed by a New Investigator Award from the Canadian Hypertension Society.

Dr. Anderson is a Principal Investigator in the Canadian Centre for Agri-Food Research in Health and Medicine (CCARM) at the St. Boniface Hospital Albrechtsen Research Centre. The aim of her research program is to identify new signaling targets that might be manipulated therapeutically to prevent or slow the onset of heart failure. To achieve this aim, Dr. Anderson has been well-supported with funding from sources including CIHR, NSERC, the Heart and Stroke Foundation of Canada, and the St. Boniface Hospital Foundation. She has also received support through the Leslie F. Buggey Professorship in Pharmacy, which she was awarded in December 2015.

Dr. Anderson has also contributed her talents to numerous committees within the Rady Faculty of Health Sciences and the Faculty of Graduate Studies, and has served as Graduate Chair in Pharmacy since 2010.

I am delighted that Dr. Anderson has agreed to join the leadership team in the Faculty of Graduate Studies. Students, staff, and faculty members will undoubtedly benefit from her administrative and research experience, and her commitment to supporting graduate students. Please join me in welcoming Dr. Anderson.