Why we give: National Leasing 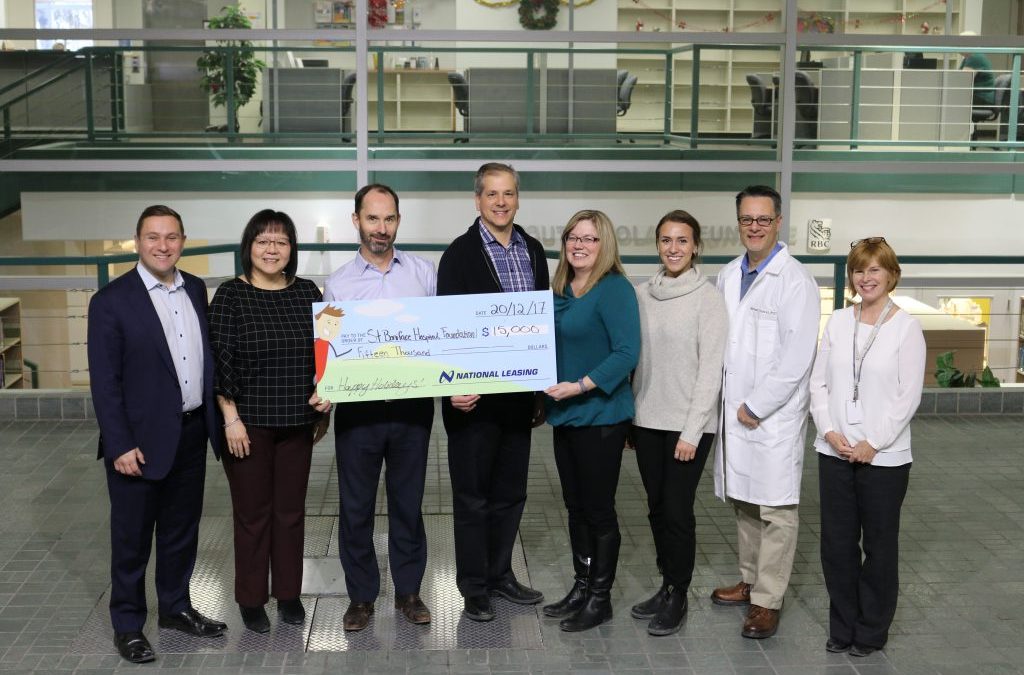 National Leasing, an equipment-leasing company based in Winnipeg, contributed $15,000 in June toward the purchase of a Quantitative PCR Thermocycler.

The machine uses heat to create and accurately measure up to a trillion copies of an original chain of DNA in just a couple of hours, explained Dr. Michael Czubryt, Principal Investigator, Molecular Pathophysiology, Institute of Cardiovascular Sciences, in whose lab it is housed.

“It allows us to do far more samples than we used to be able to do, faster, and with fewer resources,” he said.

Dr. Czubryt and his team can use the machine with patient samples or as part of studies into fibrosis of the heart and cell loss following heart attacks and strokes.

“It’s a device that’s widely applicable,” he said. “It’s highly flexible, highly sought-after and has been a tremendous addition.”

“It works kind of like a programmable pressure cooker you have at home, in that it controls temperature very precisely, for a precise amount of time.”