A Profound Legacy of Giving, Remembered 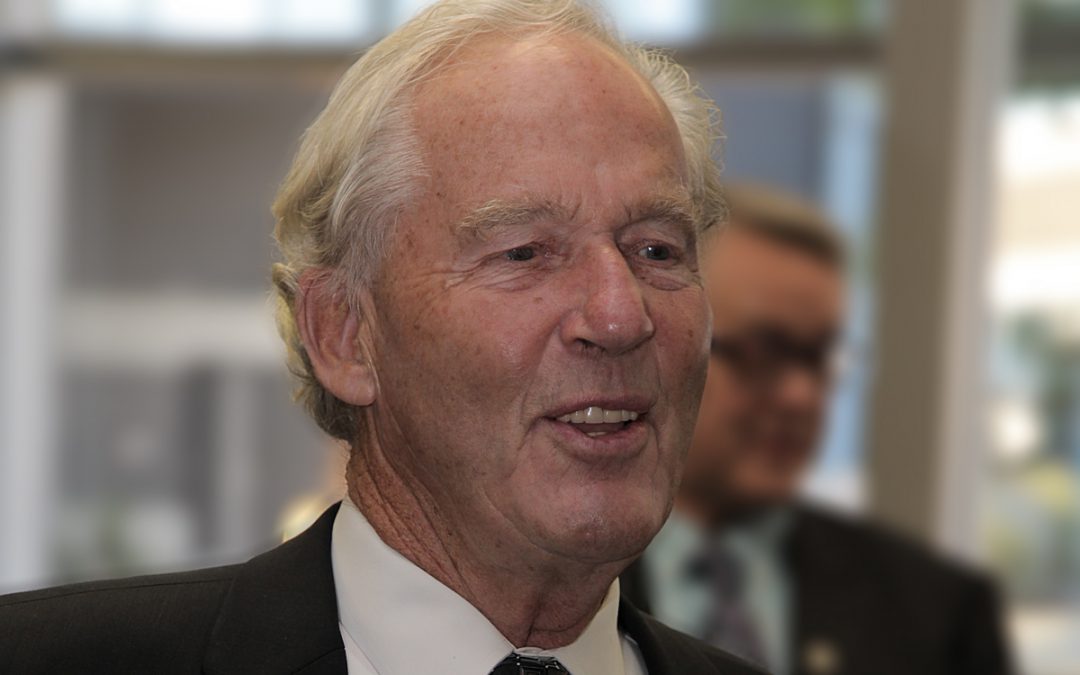 It is with heavy hearts that the staff here at St. Boniface Hospital Research extend our sincerest condolences to the family & friends of Mr. Paul Albrechtsen, who passed away this weekend.

Mr. Albrechtsen’s legacy of extraordinary philanthropy to medical research made him the most significant donor in the St. Boniface Hospital Foundation’s history, including a $5 million donation to support pioneering cardiac research. The renaming of the building in 2015 to the St. Boniface Hospital Albrechtsen Research Centre was in recognition for his commitment to supporting scientific discoveries to more effectively treat society’s most debilitating diseases and conditions.

“Mr. Albrechtsen was a visionary leader who gave back to his community in the most important ways – investing in the future health of mankind. Without his extraordinary gifts to our facility, we wouldn’t be able to conduct the calibre of research underway here today,” said Dr. Grant Pierce, Executive Director of Research, St. Boniface Hospital. Dr. Pierce also noted Mr. Albrechtsen’s wonderful sense of humour. “He was always engaging, always a joy with whom to talk. He will be sorely missed as an important piece of our community, an unusually generous philanthropist, but most of all as a great human being.”

“His financial gifts were indeed unprecedented and helped provide stability and momentum for continued discovery in cardiac disease here at St. Boniface, but it was his warmth and humanity that truly set him apart,” said Dr. Pawan K. Singal, Principal Investigator, Institute of Cardiovascular Sciences. “He always took the time to connect with people, to stop and say hello and share a story or joke. Our community has lost a person of great character and depth, and he will be missed.”

Paul Albrechtsen, a self-made entrepreneur, established Paul’s Hauling in 1957 after immigrating to Canada from Denmark. Albrechtsen built the company from the ground up, all while making it his life’s work to help others in need. Albrechtsen was renowned for his generosity and support to his community.

On behalf of all the staff at St. Boniface Hospital Research, we wish to extend our heartfelt sympathies to his family during this difficult time.