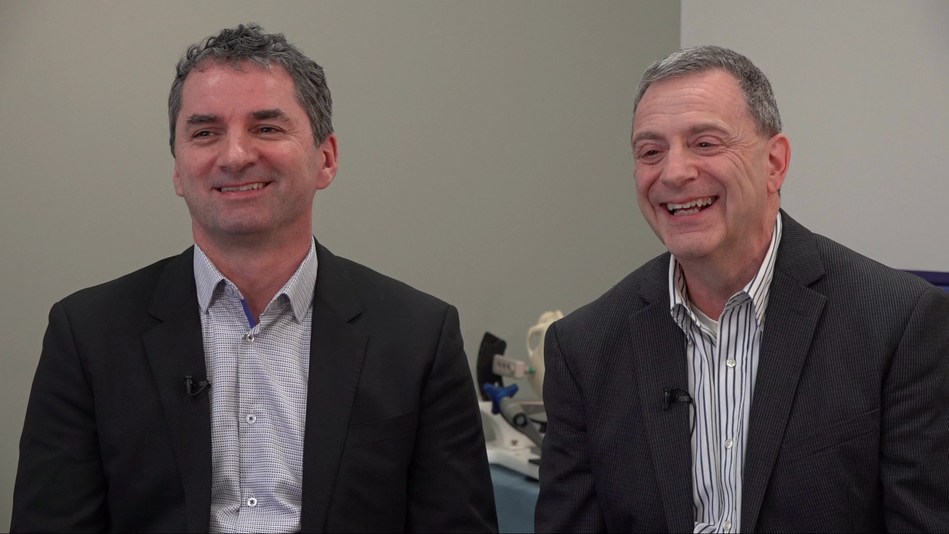 Monteris Medical, one of first and most successful spin-off companies originating from St. Boniface Hospital Research, and now the leader in image-guided laser ablation systems for the brain, announced today that its founders, Dr. Mark G. Torchia and Richard Tyc, are the 2020 recipients of the Pioneer in Technology Award by The Society for Brain Mapping & Therapeutics (SBMT).

Torchia first started thinking about the challenge — using a laser to eliminate brain tumours that were too difficult or risky for traditional surgery — in the early ’90s when he was a principal investigator and Director of Clinical Research at the St. Boniface Hospital Research Centre.

Known as a creative problem-solver and innovator, Torchia was inducted into the St. Boniface Hospital Research Hall of Fame in 2016, and more recently, he was named the University of Manitoba’s first Vice-Provost (Teaching and Learning) in 2018.

Congratulations Dr. Torchia on another outstanding recognition for your pioneering work!