Pierce to retire as Executive Director end of 2020 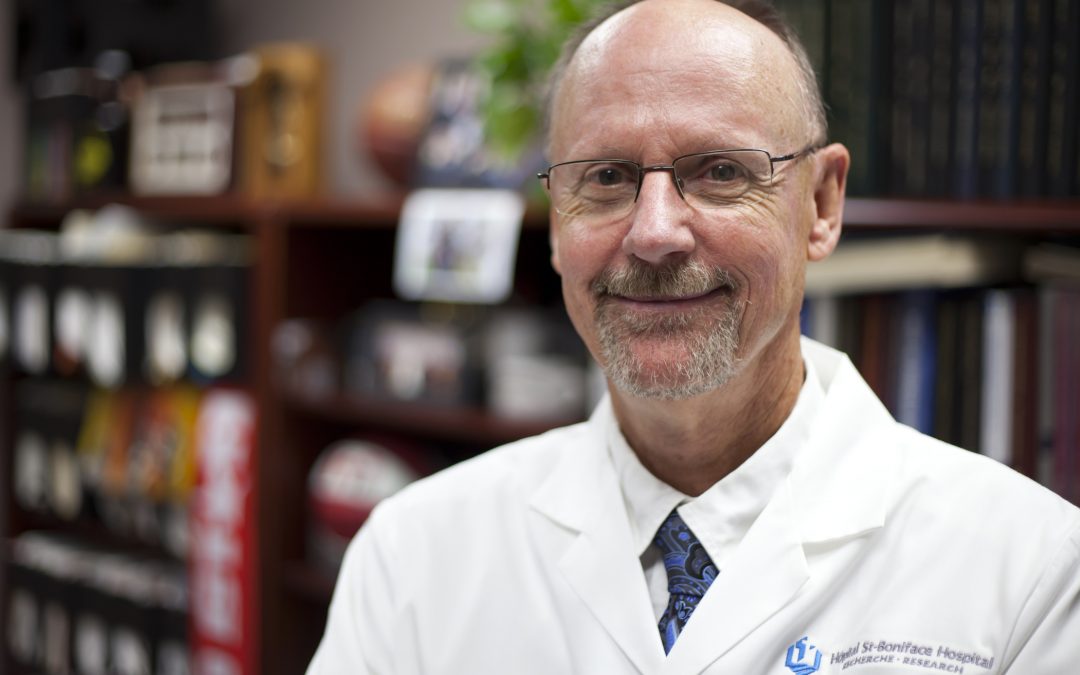 After completing his third, five-year term as Executive Director, St. Boniface Hospital Research, Dr. Grant Pierce will be stepping down from his administrative duties effective December 31, 2020. The formal announcement was made by St. Boniface Hospital President & CEO, Martine Bouchard, on May 21, 2020.

“Dr. Pierce’s work has brought great scientific acclaim to Manitoba and it is with a sense of pride and deep respect that I formally announce he will be stepping down from the role, ending fifteen years of stellar and committed leadership to our Research facility,” said Bouchard in a memo to all staff.

Since joining St. Boniface Hospital Research Centre as a Principal Investigator in the late 80’s, Dr. Pierce played a pivotal role in developing the Institute of Cardiovascular Sciences and he also helped found the Canadian Centre for Agri-Food Research in Health and Medicine (CCARM).

Under his leadership as Executive Director, St. Boniface Hospital has been consistently ranked Western Canada’s #1 Research-intensive hospital for eight years running by Research Infosource in Toronto. With his support and vision, the RBC Youth BIOlab and its highly successful health literacy outreach programming to students throughout Manitoba, is yet another facet of his impressive legacy of dynamic leadership.

His many awards include The Order of Manitoba, elected to the Royal Society of Canada (RSC), the country’s most esteemed association of scholars and scientists; the Queen Elizabeth II Diamond Jubilee Medal, Government of Canada; and Distinguished Professor with the University of Manitoba, and many others.

Dr. Pierce will continue to work as a Principal Investigator at his lab in the Albrechtsen Research Centre, and as a Distinguished Professor at the University of Manitoba. An executive recruitment process will begin soon to find his replacement.

Wishing him the very best for the next stage of his career, his staff and colleagues will remain grateful for his tremendous support and inspiration during his time as Executive Director from 2005 – 2020.