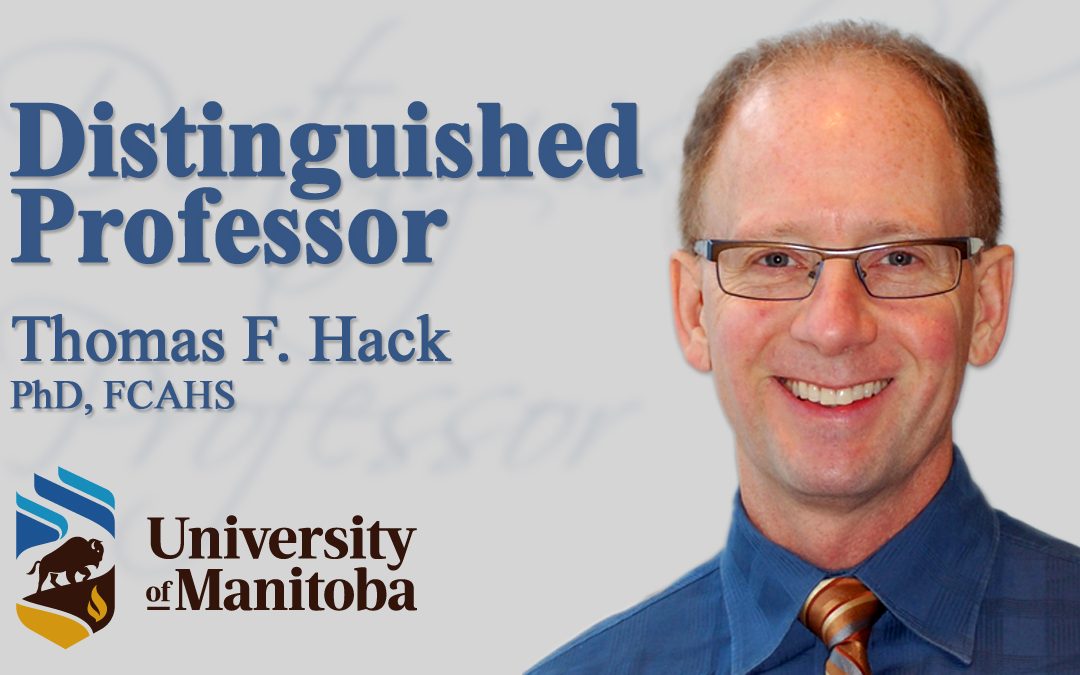 “Dr. Hack is so well regarded as an outstanding teacher, mentor and role model for his work in Psychosocial Oncology and Cancer Nursing Research here at St. Boniface Hospital Research and the Asper Clinical Institute,” said Martine Bouchard, President & CEO, St. Boniface Hospital. “Our sincere and hearty congratulations to him on this incredible honour.”

Dr. Hack has been a professor at the College of Nursing, Rady Faculty of Health Sciences, and a Principal Investigator with St. Boniface Hospital and the Asper Clinical Research Institute since 2000.

“For many years, Dr. Hack and his team have conducted important research into how patients cope with a cancer diagnosis, how they interact with the healthcare system, and how they can be better supported at such a vulnerable time. This recognition is a clear testament to the positive impact of Dr. Hack’s work on both the research community and on patients themselves,” said Dr. Michael Czubryt, Interim Executive Director, St. Boniface Hospital Research.

In the year 2000, Dr. Hack was named the first recipient of the Dorothy J. Lamont Research Scientist award from the National Cancer Institute of Canada and the Canadian Institutes of Health Research. In 2002, Dr. Hack received the Queen’s Golden Jubilee Medal in recognition of his contributions to those affected by cancer. In 2006 and 2014, he received the University of Manitoba Merit Award for research accomplishment. In 2012, he was awarded a Chair in Psychosocial and Supportive Care Oncology Research from the Canadian Breast Cancer Foundation – Prairies/NWT region. In 2019 he was inducted as a fellow in the Canadian Academy of Health Sciences.