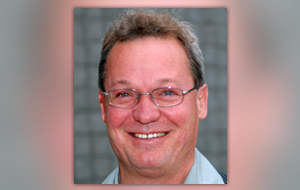 Pushing Proteins to the Limit to Study Heart Failure

Calcium is the trigger for cardiac contraction. Every contraction of the heart occurs in response to calcium being elevated inside the cell. In order for the heart to relax, however, this calcium must be removed. If it doesn’t relax properly, the chambers will not refill adequately and the heart begins to fail. Dr. Larry Hryshko’s laboratory studies the behaviour of a protein that is crucial in allowing the heart to relax after each beat, the sodium-calcium exchanger. The protein operates by harnessing the energy in the sodium gradient, a concentration difference in sodium between the inside and the outside of the heart cell. By driving calcium out of the cell after a contraction, this protein allows relaxation and refilling of the heart in preparation for its next beat.

Dr. Hryshko manipulates the structure and function of the sodium-calcium exchanger to uncover specifically how this mechanism contributes to normal and abnormal heart function. “We’re able to remove pieces of the protein, add pieces back, alter portions of it and so forth, essentially pushing it to the limits of its ability to function. By so doing, we can gain greater insight into how the exchanger is put together and how it functions under normal and disease conditions,” he explains. “Nature performs these types of maneuvers routinely. Evolution proceeds, and a number of genetic diseases occur, because nature has mutated one or two amino acids, perhaps, in a protein that may be a thousand amino acids in length. A perfect example of this is sickle cell anemia, in which a single amino acid mutation in the hemoglobin molecule impairs its ability to bind oxygen, on the one hand, but increases an individual’s resistance to malaria on the other, arguably a good news/bad news situation.”

Exploiting the Differences in Drosophila

Drosophila melanogaster, the humble fruit fly, has a sodium-calcium exchanger protein with a peculiar characteristic. It is a signal that, in other species, particularly mammals, turns the exchangers on, whereas in Drosophila, its exchangers are turned off in response to the same signal. Dr. Hryshko believes that if he can understand how this difference occurs, it may be possible to turn sodium-calcium exchangers on and off at will, thereby creating the ability to rescue failing hearts. To study this, investigators in Dr. Hryshko’s laboratory are removing sections of the Drosophila protein, putting them into mammalian exchanger proteins and vice versa. These procedures have been successful in creating novel Drosophila exchangers that behave like their mammalian counterparts. If the reverse can be accomplished, Dr. Hryshko’s research group believes they will be a giant step closer to understanding how therapeutic agents could be designed to manipulate the activity of the sodium-calcium exchanger in a clinical setting.

Putting Mutated Proteins through their paces

In collaboration with a laboratory at UCLA, Dr. Hryshko has undertaken physiological studies using transgenic mice. Exploiting this type of technology, investigators can put to the test the ideas and conclusions they have gathered from their molecular structure-function studies. Their goal is to obtain insights into how the sodium-calcium exchanger’s functional properties contribute to the normal behaviour of cardiac muscle. By engineering mice that have hearts bearing mutant sodium-calcium exchangers, they can examine the consequences of such defects on cardiac performance. Similar alterations of protein structure or behaviour may contribute to certain types of heart disease. Studies of this kind are also crucially important in the process of rational drug design of compounds that could potentially provide therapeutic benefit in heart failure. While much needs to be done, it is already clear that removal of certain functional properties of the exchanger can create a condition very much like heart failure. These observations highlight the importance of the sodium-calcium exchange process in normal heart function, point to aspects that may contribute to the cellular damage that occurs during heart disease, and suggest novel ways in which the physician, in the future, may be able to intervene.

Among the long term outcomes of Dr. Hryshko’s studies could be the development of alternative, safer therapies for heart failure that directly affect the functioning of the sodium-calcium exchanger. At present, a frequently employed drug in cases of congestive heart failure is digitalis or digoxin, a compound that has been in use for over 200 years. This drug acts indirectly by inhibiting the sodium-calcium exchange process. The longevity of digitalis use is not due to its inherent superiority, but rather to a lack of suitable alternatives. Furthermore, the proper therapeutic administration of digitalis requires great skill and, even so, is frequently associated with disturbing, and occasionally lethal, side effects. In efforts to rectify this situation, Dr. Hryshko’s group is investigating the therapeutic potential of a novel class of compounds that show great promise. These agents specifically target sodium-calcium exchanger and protect the heart from damage associated with the interruption of blood flow (i.e. myocardial infarction or heart attacks). Through studies of this nature, the near future may see vast improvements in our ability to control the debilitating effects of heart attacks and failure.